Idris Elba Isn’t on the Poster?!

Originally published at: Idris Elba Isn’t on the Poster?! -

#179: We wanted to celebrate Black History Month by talking about some of our favorite Black creators and characters but we inevitably discussed the lack of diversity in our favorite media.

Support Geek Therapy by becoming a member on Patreon – patreon.com/geektherapy

Check out the GT Network: network.geektherapy.com

Popping in to state I was 100% wrong about the showrunners of both Black Lightning and Luke Cage, there are black women and men directing and writing for both of those shows. YAAAAAYY!!! I’m very glad to be wrong, haha! 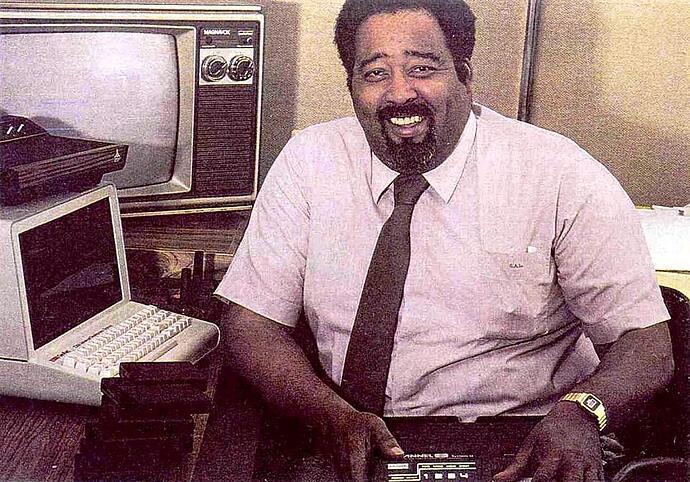 To celebrate Black History Month, Engadget is running a series of profiles honoring African-American pioneers in the world of science and technology.

It’s definitely something that’s been occurring to me more that there’s not enough diversity in most of the media I enjoy. It’s getting better definitely, and I think the success of Black Panther and other such initiatives are a good sign, but I think it’s good to be striving for more.

In regards to the opening about Josué realizing that there was a new Planet in The Orville that was just all white people, I had an opposite experience recently. I marathoned through an anime from last season called Megalobox. It’s basically a boxing sports anime but all of the competitors are enhanced with this mechanism on their arms and back that increases how hard they can punch. And about halfway through the show, I realized that a majority of the characters aren’t White. Only the main antagonist of Yukiko is white looking, almost every character is at least a light-brown skin color. Half way through the show I found myself thinking “I wonder where I can get Joe’s jacket so I can cosplay him” and I don’t think I’ve ever had that direct of a thought while watching an anime since there’s so few brown protagonists. It was a really nice realization. And while there isn’t any directly Black representation in the show, it was refreshing to have a cast of characters that didn’t all look white even if they’re said to be Japanese in show.

In terms of creators, it’s hard to be able to dig into it all. It makes sense to have one person be the “face” of a game or movie or any form of media, but it sucks that you kinda have to work to really find and see the people behind just that one person. I’m glad that people are generally trying to push to get people recognized that are “behind the scenes.” And it seems particularly appropriate to be talking about this stuff with the Oscars fiasco going on recently, though I’m not super in tune into what’s going on there.