#156: Superheroes are often portrayed as being so powerful that they can knock a villain unconscious with a few punches. But should they? What effects does beating up and hurting bad guys have on them? And how does the brutality carried out by our favorite heroes compare to the brutality we see from our real-life heroes on the news?

It’s an interesting idea to explore, what happens to the villains that are thwarted by superheroes but aren’t the superpowered ones themselves. Like the Joker can probably bounce back from a Batman beating pretty easily, and especially someone like Bane. But that random Joker Thug #25 is supposed to be just plain human. I think it goes into some of the ways that the DC and Marvel universes are so different than our own ones. For instance T’challa and Steve Rogers are “just peak human” in the movies. T’challa is greatly enhanced by the serum or whatever the technical term is but he doesn’t appear to go to what would be considered superhuman without his suit. Similarly, Steve isn’t doing too much that would appear superhuman compared to the other Avengers. But if they’re both essentially the greatest level that a human could feasibly get to, they’re legions above what a real world human could be. So I always assume that the henchman are beaten down but aren’t as likely to get concussed or otherwise seriously injured because humans are just built differently in the universes.

There’s sort of an unspoken rule there, that people are just more durable in shows. I mean heck, look at Pokémon. The stuff that Ash and other humans in that show survive is absurd. Charizard’s fire can melt boulders which means it’s gotta be temperatures up to 2400 F. I don’t think most humans in real life could survive that. Or how about the fact that Ash carries a Hippopotas on his head for an episode. Those things are on average 109 lb, I sure wouldn’t be able to do that, I doubt I could even carry that much weight very far with both hands. I’m sure that writers and animators don’t really think about all of these technical aspects but it sure seems weird when you really sit down and think about it.

I think that I also just sort of assume that heroes and sorts know how to pull their punches really, really well. Like in Dragonball Z during the Cell Saga, Goku and Gohan maintain Super Saiyan for days at a time to learn to better control their power. If they slip up even a bit, a tiny extra bit of force completely shatters glass cups so they eventually have to learn to use the lightest of touches to live a normal life at the time. I just kinda guessed that Batman somehow intrinsically knows the right amount of force to use to knock someone out and the right points to avoid damaging any organs the same way I assume Steve Rogers is able to calculate the angles that his shield will bounce in the middle of fighting.

Imma go complete fanfiction here, but Hero induced trauma is something I’m always thinking about.
I think about the heroes that I love and how cool is to see them fight but how morally reprehensible it would be in real life.

You guys discussed how part of why we accept these behaviors is because the writer’s create this world in which superhero violence is the only answer. Gotham is a place filled with evil people, where mental illness = dangerous, where mental hospitals are breeding grounds for “insanity” and crime. Where every-time Batman does something to improve community housing there is a villain that ruins it and thus the only answer is violence. It’s not as much that Batman is reprehensible, but its the writers who create the world that carry the burden of ethical representation. We don’t actually see many of the thugs in the hospital with irreversible brain injuries because for the intents and purposes of this story, they don’t exist. The writers can’t imagine a Batman story where people have the potential for change without a violent struggle in between so that’s what they write. Stories about beating crime to a pulp sell more, or at least that’s the narrative.

Which is why I always come back to Steven Universe, Avatar and Dr. Who as a respite from this narrative. The MC’s and writers in these series dare to believe in a world where problems can be solved through empathy and diplomacy. And there are characters which are permanently reprehensible in both series, they don’t change everyone and they don’t always succeed through empathy, but these writer’s dare to dream in a hero who chooses the pen over the sword, while still being action packed.

I have this head fanfiction which I will never write because I suck at writing fanfiction. But it revolves around Batman villains dealing with the consequences of superheroism and forming a team that tries to address the issues that bring crime to Gotham from a systemic level.

It stars a post-Joker Harley coming to terms with what brought her to becoming a psychiatrist in the first place, and recognizing that she still wants to believe better of people and try to reform them after she sees a hospital ward filled with victims of superheroism who have permanent life altering injuries. She forms a support group amongst these victims and starts a coalition of characters that try to change the system. The Riddler tries his hand at being good for once much like in (Gotham City Sirens) but this time instead of becoming a detective he becomes the mastermind of the operation, devising a complex plan to figure out the complex puzzle of social services, politics and crime in Gotham. Barbara Gordon actually joins in after a heart to heart with Harley and her group and retakes her role as oracle but uses her informational skills to form a background history of the villains they aim to reform. Harley goes back to being a psychiatrist on her spare time but hilarity ensues when the group tries to support their enterprise through illegal means. Catwoman joins in and tries to fight corruption at its source but find herself stealing fund for the project. The story can revolve around what happens when villains try to fix the system, when the system is too rigged to be save legally so they are villains for good. It can go on but I’m ranting and this is all for now…

Damn @Gianminni, tell us how you really feel… Your story would never get greenlit. And that’s so sad. Actually, I don’t know, maybe one day. The funny thing is that with so many rich superheroes, everything you just said could be funded easily by the heroes themselves.

Some other angles could be things like trials against superheroes (Which again, BvS touched on) for their behavior. Maybe cities could bill the superheroes for all the medical treatment required to treat all those injuries. I’d be fine with a story that started with a quota, like a city says “vigilantes are necessary but no more than 20 TBIs per year.” I’d love anything that addressed these effects.

Agreed, I would love to see a story like this in a non-cannon series. I mainly picked villains because I like the complexity of Villains as a vulnerable population and heroes might be too close to the issue to understand it fully. I don’t want heroes to suddenly realize and try to be better, which is a nice story in itself. But I love the idea of villains taking from their experience and saying, we are going to help people our way and it’s going to be better because we know the pain of being beaten to a pulp because you joined a gang because you really need the money. And The seeing what heroes would notice that and which would scoff at the idea and approach it with disdain or disbelief. 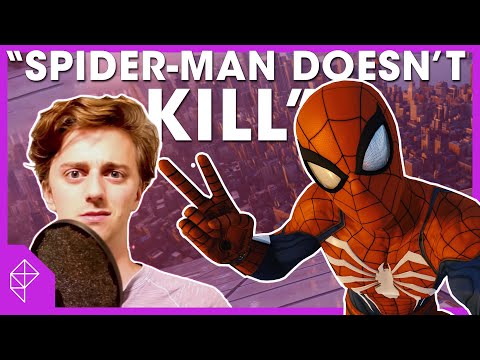 The whole time I was listening to this episode, I was just thinking about what the alternative would be. A game where there wouldn’t be any sort of combat and just talking or dialogue choices. This certainly would be appealing for a little while, but it wouldn’t work out as a whole.
I agree that representing criminals as always super bad tough guys or mentally ill isn’t the best, but in terms of a game, it just makes sense. You need to have countless enemies to beat up. You need that sense of danger of being surrounded by enemies and then finally coming out on top through gameplay.
I think it’s good to talk about these things and maybe recognize the faults, but I don’t think implementing them into the video games would be possible without changing the genre of game from action oriented to passive. 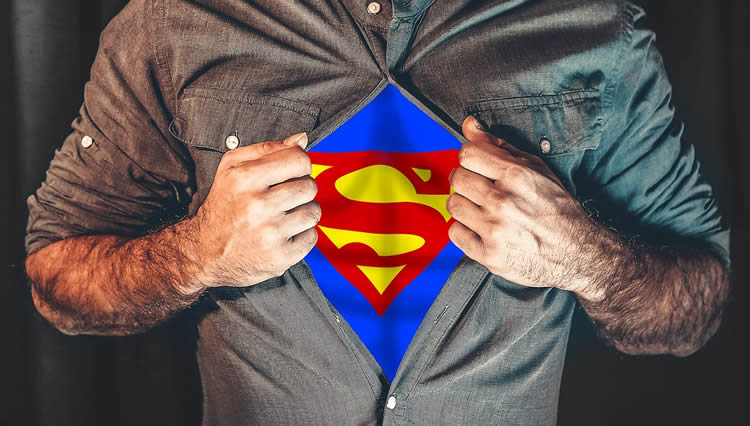 Researchers report acts of violence by superheros in popular movies significantly outnumber those performed by the villains. The study reveals male superhero characters commit five times as many violent acts per movie hour than female protagonists.