#154: In light of the tragic shooting at a gaming tournament in Jacksonville, we celebrate eSports and how important video game competitions and events are to the gaming community.

As my question might have shown, I watch a lot of various eSports titles so this was a particularly fun episode for me to watch. And your answer was totally good by me Ali! I actually really liked your perspective on it!

To expand on the stuff I talked about, EVO Moment #37 was infamous for how incredibly clutch the maneuver was. A parry in 3rd strike has, at best, a 10 frame window so 1/6th of a second to input every parry. If you don’t input it perfectly, the window closes to about 6 frames so down to 1/10th of a second, which is why Evo Moment #37 is so well known in the FGC. Since 3rd Strike also has Chip damage deaths, if Daigo had missed a single parry, he would have died to any of the hits. It was an incredible moment in Street Fighter history and is still talked about and shown today.

The Overwatch League had its first season end this year and it was a solid opening season. There was a lot of emotion and whatnot going into the first ever championship and while it didn’t go down to the 5th match like TI8 did, it was still a great game and every single team in the league was watching live and celebrating as a big ol community. It was nice to see all of them come together after the competition was over to celebrate the entire season.

The Summit of Power was an invitational Dragonball Fighterz event that had 6 people chosen by the people running it, and two who voted in by fans. One of the things they did was give some of the competitors 8 cereals to try and to rank them from their favorite to least favorite. Some of the japanese players (Go1 for instance on the list) had never had some of these american cereals so the “tier list” was a funny little thing to see them talk about. Here is the list for those curious. A lot of people talked about it and thought it funny that the younger players seemed to prioritize the sugary cereals moreso than the older players. 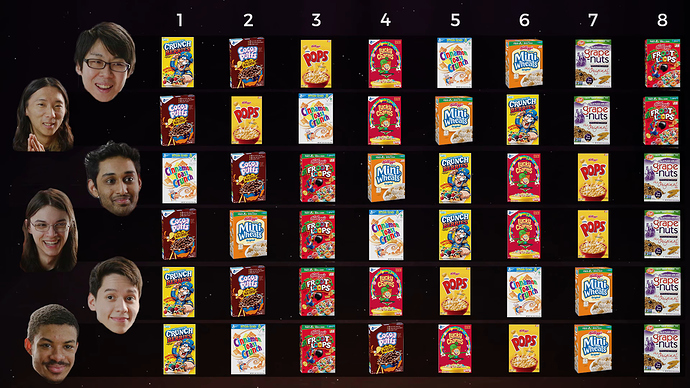 Adding onto all of this, I actually attended EVO for the first time this year in person! It’s the biggest global fighting game tournament every year with competitors from all over the world showing up to play in massive tournament sizes. One of the most amazing matches this year was the opening match to Tekken 7 for the top 8 on Sunday Finals. Lil Majin versus JDCR. As the commentators say, JDCR won EVO last year and this match was incredible. You don’t have to understand Tekken to be excited by watching this. You can hear the crowd throughout the entire match, and being there in person was something that I cannot put into words properly. The air was electric and every single person there bonded over this game.