#151: Batwoman is making her live-action debut in a few months and we are very happy with the casting of a Queer actress playing a Queer superhero. Stick around for Media Matters and Geek Therapy segments.

Joe is a great ambassador for D&D. He was on a few episodes of Critical Role as Arkhan the Cruel and some other games on twitch streams too. Josue is right that he started a clothing line called DEATHSAVES for DnD stuff, he wore it on an official Wizards of the Coast stream they did to advertise some new books later this year.

I took the week off when it released to play Octopath Traveler and I really enjoyed every aspect of it. I ended up loving every character by the end and I’ve got a million screenshots of good quotes and the like from it.

And it was super fun to play with you Lauren! I look forward to playing more of it with you and anyone else who can join us.

It’s nice to see more representation in movies and superhero films in general, especially by actors that identify with the character. I’m still crossing my fingers to see Virgil Hawkins on the big screen. Even if it’s just animated, I think Static Shock would be an exquisite hero to bring out in a big way. His show had so many good messages and he’s a great role model. Young, inner city youth that’s incredibly intelligent and constantly balancing, work, school, family and friends.

Which show are you referring to @Varsuuvius?

Static is going to be on the new season of Young Justice and I am super excited. I expect to see him on Black Lightning at some point since it showcases Black superheroes and they already know how to do electricity powers on screen! 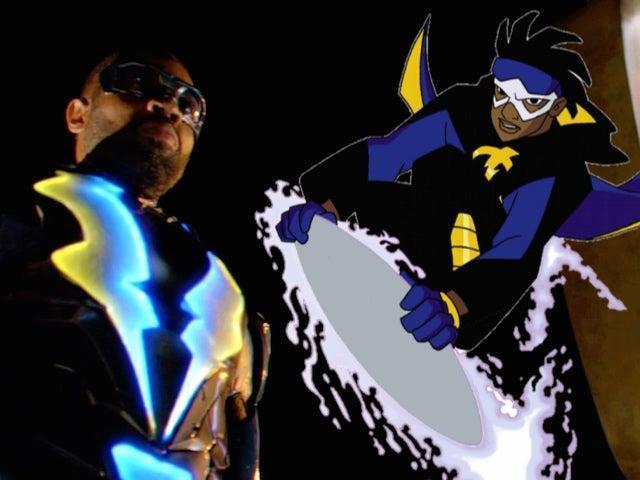 During a recent interview with at the ATX Television Festival in Austin, Texas, Black Lightning [...]

The old WB show just called Static Shock. I’d seen some compilations and clips online some time ago and I’m surprised at how earnest some of the episodes were. There was a particularly relevant episode where a kid was being bullied at school and eventually he brings a gun to shoot his bully. Instead, Richie gets hit in the leg and Static and the others disarm the kid and he’s extremely shaken after shooting. I think it’s just the right set up right now with all the good messages it preaches.

And yes! I was super excited to see Static in the Young Justice trailer, honestly what had me most excited. And I’m 100% down for him to appear in Black Lightning too. The more Virgil Hawkins, the happier I am. Probably my favorite DC superhero.

Yeah, there’s something about Sesame Street, Hey Arnold!, Spiderman and Static Shock that really works well to normalize and talk about the struggles of inner city youth. I can always have more Static Shock.