Starting off, we are apologizing for Lea & Kat sounding very congested, as tree sex attempts to kill them by hindering their breathing.

Kat gets to gush about her new computer and software she is using to record and edit with (thanks Shannon.) Because new tech is always fun to talk about, and gush about, and get and play with.

Why are people so fascinated by watching bad things happen? As a society when there is a car accident we slow down to see what is going on, to see the chaos, the carnage, we pray that the people are okay while secretly hoping there is blood. WHY??? Daddy O Five of YouTube fame is the car wreck. People have stopped on his channel to watch him and his wife “prank” his children. All of the pranks have bordered on emotional and verbal abuse, where they curse at their children and call them names, things that we tell our children not to do to other children and here are grown adults doing it to their own children. This channel has over 700,000 followers and it took way too many videos for someone to finally say that this was not right. They have been interviewed by several different media outlets and finally issued a very heavily scripted apology. - YouTube

This family has posted videos clearly showing that their youngest child has emotion issues, where he has self harmed, and instead of getting him help they belittle him and punish him. the youngest also is suffering from encopresis or he is playing with his feces which is evidence of developmental regression. Again, with these signs the family did not seek out help but decided to ridicule him on video, in front of over 700K people.

Finally the biological mother has gotten custody of two of the children. 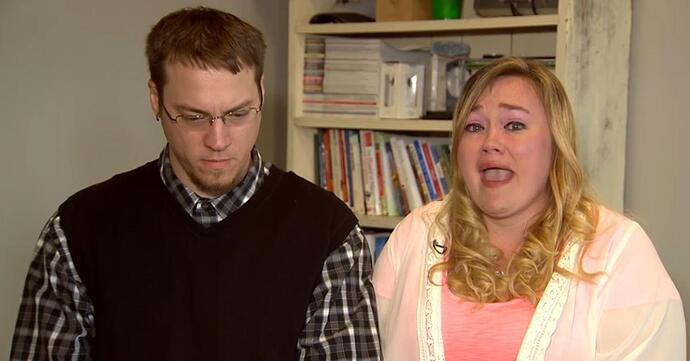 What do you think of this development?

Listen to the rant and how the decisions can be made.