Welcome to the sixth episode of the Queer Comics Podcast! Today Nina Kester and Jessica Vazquez talk about animated shows with queer characters and themes that also have comic books based on them (recorded on March 31st 2019). Make sure to follow QCP on twitter @QueerComicsPod and Instagram @queer_comics_podcast . This podcast features original music by Tyler Francis, you can checkout more of his work on his bandcamp page and follow him on Instagram @Tylerirl_

Tell us what kind of LGBTQ+ animated show you would make if you could in the GT Forums!

If I could create an LGBTQ+ animated show it would be as close an adaptation of Black Mask Studios’ comic Kim & Kim as possible. It’s like Cowboy Bebop by way of Jem and the Holograms, with queer female protagonists (one of whom is a trans woman) who have outrageous adventures and work as bounty hunters out of a Spaceballs-like van-with-wings. It’d definitely have to be for adults, though.

For kids stuff, jeez, I would love to see an of Katie O’Brien’s comics turned into an animated feature film. Her works, Princess Princess Ever After, Tea Dragon Society, and the recent Aquicorn Cove, are like queer, diverse takes on Miyazaki style storytelling.

So like, some in-world background on Adventure Time’s gender swap stuff, while I haven’t seen the later episodes (to see if it ever develops its own identity) it starts out as the Ice King’s gender-swapped fan-fiction for the Land of Ooo. There’s even a really fun episode where he tries to make it real by bringing it to life through magical means with the help of a pretty eclectic set of characters, but only succeeds in giving life to the physical journal that he wrote it in.

Thank you for clarifying that gender swap Adventure Time stuff, it makes a lot more sense to me now. I am going to need to go back and watch those episodes though because it may be useful for future fan fiction stuff I want to touch on down the line.

I love your idea, and if it’s a mixture that includes Jem and the Holograms there would be singing, right? Imagining that in a Cowboy Bebop-like setting is pretty amazing. I’ll have to read those books you recommended too. From the outset, Princess Princess Ever After, is giving me Lady Castle vibes.

Here’s a great interview with the creator of Kim & Kim: 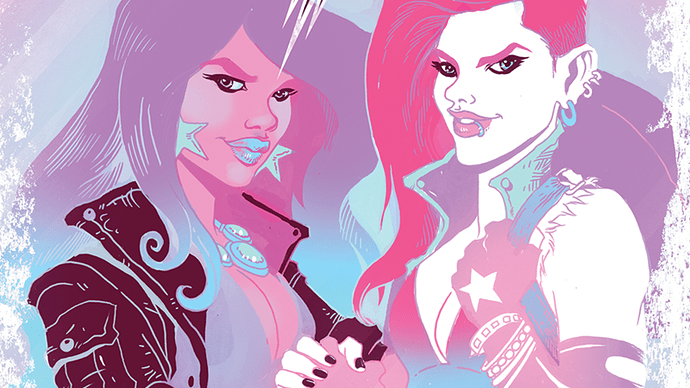 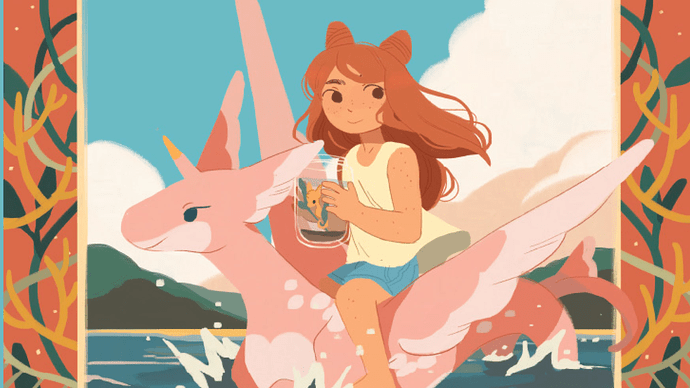 Aquicorn Cove is a lush, tender tale of grief and environmentalism

In Katie O’Neill’s poignant new middle-grade graphic novel Aquicorn Cove (Oni Press), a young girl copes with her own painful loss in a seaside town battered by a recent storm. Exploring how individuals and communities recover from the devastation of...