Satisfy my curiosity: What was your most memorable video game moment that positively impacted your life?

This question was sort of inspired by Lauren’s memorable video game death post/research project and it got me thinking about another kind of question. What was your most memorable video game moment that positively impacted your life? This can range from a death to even a revelation about yourself or the world around you.

For example my most memorable video game moment is the ending of Assassin’s Creed Revelations when Ezio is explaining the creed to Sophia. here is a link to the scene which is only the first minute and a half or so: Ezio Auditore Meets Altair Ibn La Ahad [Full Scene] - YouTube when I first heard Ezio explain this it opened my eyes to a new way to view the world. I began to see society as an ever changing organism and helped me realize that what might be in now will not be in forever and there is not any reason to try to fit in. The second half of the creed helped me understand that I must be responsible for my actions and the people I surround myself with. That the society I choose to be a part of is my own decision and that I must always be willing to handle the consequences because it was my choice. This helped me become more independent and listen to myself rather than what my parents or other peers suggested I do with myself or my life. So with all that said I am interested to find out if any of you have had a moment like this with any game. Thank you!

The most recent ones that pop up to me are from Nier:Automata and Fire Emblem: Shadows of Valentia.

The final ending of Nier:Automata was an incredibly emotional moment for me. Going through that bullet hell of the credits with more and more “upgrades” appearing with the names of people was awesome to me. Everytime I died, I saw more and more responses from people encouraging me to keep going on, to make it through to the end. But the real kicker was after completing the bullet hell. The game told me that every person that appeared to help me was someone who sacrificed their entire save, permanently deleted from clouds and their computers to give me help right then and there. And then it asked me if I wanted to do the same thing. I didn’t hesitate at all. I selected yes for every single dialogue box that followed. I couldn’t have made it to the end without all of these people who I’ll never speak to in my life. I gave up my save file to lend a hand to someone who would reach there eventually as well. I made my message and sat and watched the ending unfold, and see the game delete all of my data. I can’t ever forget that moment because it made me realize how much people care for one another. And now there’s an invisible string tying me to people who have played the game and people who have yet to be there. It made me feel a kinship towards everyone who completed the game and it really made me see all the “strings” that tie everyone together. That we’re all in this world together, all our fates are tied and now I always try to lend a hand when I can. I give some money to homeless people, charities, etc. because we’re all together in this and I want to help what little bits I can.

And tied in with that is the final song of Fire Emblem: Shadows of Valentia. After defeating Duma and watching Alm and Celica be crowned King and Queen of the united Zofia and every little bit of endings for the cast, a song plays. Heritors of Arcadia. And the second chorus makes my eyes misty every time I listen to it:
And though I am gone/ Just ash in the wind/ One life surrendered so yours can begin/ Courage my children, this is your song/ I am the Earth I will make you strong.
It took me until this part to realize that a character is singing this song. Mila, the goddess of Zofia who sustained the lands for so long until the war of the game begins. And she sacrificed herself to give the Falchion strength, to save Celica from the mind controlling powers of Duma. And in her last moments of life, she finally gets to fulfill the prophecy and save the land and its people that she loved so much. The lyrics after are also straight from her heart.
A world riven by pride/ Repaired at last/ And now its makers can be at rest/ Our vision come to pass
The seasons, they turn/ Memory fades/But when my name has been lost/To the grey
I will sustain you/ Year after year/ I will protect you/ When dangers appear
It really hit home for me the love that came from Mila and how much she cared about the land she created with Duma. And it even made me sad for Duma, having gone mad after so many years and being a corrupted, evil dragon. He wanted just as much to see Valentia prosper, and be happy. But the curse of the god dragons affected his mind and he fell to its strength.
The other thing that I really loved about the song was the leitmotif that struck me upon listening to it. What Lies at the End and With Mila’s Divine Protection can both be heard within that final song. Together I just have incredibly fond feelings towards the game. It gave me a bigger appreciation for both songs in video games and a new viewpoint on sacrifice. That you can show such compassion and care with an act like that is a bittersweet form of beautiful and love for me. I can’t quite put it into words how it just makes me feel warm inside but it also hurts a bit at the same time. And of course Twilight of the Gods is one of my favorite final boss battle themes ever, but that’s not quite as connected to the rest of the bit on the game.

So I think that I’ve found an invisible tie to people around me that I don’t even know and also just really love music that much more in games in general and I’m trying to pay more attention to leitmotif within them and the like.

I think my most memorable game moment is playing through Journey (2012). It was such a gorgeous game-- graphics and sound design and the way your character moves through the game space. Just fantastic. And then, the online aspect of the game. In my playthrough, someone joined me a short while into the game and stayed with me the whole rest of the game. They showed me where the collectibles were, and chirped and jumped with me. I’ve never felt so close to another player (a stranger to me) than in that moment. It really cemented the game’s message about life’s journey and resilience and how we move into and out of each other’s short lives. Many games have been positively impactful on me, but I think Journey takes the cake. It changed the way I think about life and death and how we help and communicate with each other.

Journey was such a great game. I got it when it was free with PS+ and I remember going through most of the snow area with a single person. We would wait for one another and made mistakes and persevered together. But then on one of the bridges, I fell. I fell a long distance and I got set back super far. I was heartbroken. I tried to run back up as fast as I could, retracing the steps I had taken with that other player, praying that I’d see them again. But in my heart I wanted them to continue, and they did. At least I like to think so. That they marched on and didn’t forget about me, knowing that I wanted them to complete the game. That game is a masterful example of storytelling with no words.

My definitive answer is Persona. All of the persona series… I just can’t, this series is so good. A JRPG that is literally about human relationships down to it’s mechanics. Each game does so well in keeping their main theme going throughout the various relationships you form and having the player enter these relationships and come out a better person because of it. Growing up I was a sort of a lonely loner kid, I kinda didn’t belong anywhere but I also wasn’t unwelcome anywhere. I was just wandering around friendships but nothing really stuck for me. As a teen Persona 3 really helped me come to grips with relationships understanding that you get as much out of it as you put in but also that part of relationships is disagreements and pain and hardship and that the tighter the bond is the more is at stake.

Persona 3 was my first one and it deals a lot in death; our dread of it, our fear of the inevitable, our mourning the losses and remembering the good. It’s the first game where I felt the weight of the stakes as the game progresses because you form these wonderful relationships, Only to find out the world is ending, and you feel the weight of that as more and more people around you become catatonic as a form of herald sickness before the coming of the end-times. The Main characters always keep hope alive even in the most dire of circumstances where the game makes it obvious to you that there is no winning, much like in I Kill Giants.

Persona 4 was so much about truth, and while the main story revolves around the truth of a series of murders (in a detective sort of way), the stories actually center around the truths we keep hidden from ourselves. It takes the Jungian concepts of Shadow and Persona Literally and every character’s arch is about accepting those flaws we see in ourselves and loving ourselves and practicing radical self-love.

Persona 5 is about freedom and change. It’s an excellent text for today’s time where the youth is so active in trying to build a better future for ourselves. The stories revolve around characters freeing themselves from aspects of their live internal and external that have enslaved them and prevented them from living authentic lives. The main song features so much imagery about activism and working towards a better tommorow.

Here’s a sample:
Wake up, get up, get out there
Raise your voice against liars
Feed your anger like fire
Why does nobody want change?

So much about that game is about depression, apathy and fear as forces that keep us from making the world a better place for ourselves and for others and is an active invitation to BE better and do something no matter how small.

I can’t persona is everything, it is love, it is life.

Not my story but one I just found on YouTube: 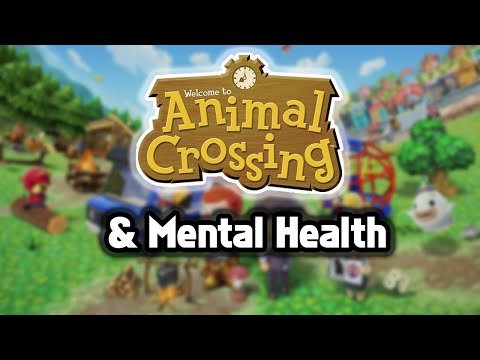 Beautifully written, @CHICKENDINOSAUR. I had a very, very similar and wonderful experience with Journey. It’s also a game that was instrumental in helping me process a very difficult loss of a family member. Playing through it and having that connection experience you described spoke so much to me about the gift of life and the presence of others, and about how we’re always connected even after life.