Instructions:
Create a simple spreadsheet with two columns and eight rows. The first column will be labeled “Characteristics” and the second will be labeled “Points.” In the left hand column label each of the rows (starting with the second row) Strength, Dexterity, Constitution, Intelligence, Wisdom, Charisma, and Class. This sheet will be given to the client to complete.
For rows two through seven in the right column, the client will be asked to divide 30 “stat points” between the six categories. In row eight (labeled “Class”), they will have a choice between Fighter, Cleric, Magic-user, and Thief. The therapist will ask the client to imagine him- or herself as the character that is being built and explain each of the “stat” categories so that the client has a clear understanding of the task. After the client has finished, give them one additional instruction. Ask the client, "If you had 5 more points, where would you place them?"
This exercise is designed to open up a dialogue and allow the therapist to understand how the client sees themselves at the present time. The follow-up question is designed to help the therapist and client identify potential goals for therapy.

Strength is the ability of an individual to perform feats of physical prowess such as lifting heavy objects, causing physical harm/damage, etc.

Dexterity is one’s nimbleness, or ability to perform precise actions or be graceful.

Intelligence is equivalent to an individual’s ability to perform logical tasks and learning new skills.

Charisma is a measure of someone’s social savvy, such as avoiding fights and making new friends.

A Fighter has high strength, is skilled in combat, and protects the group.

A Cleric is known to have strength, dexterity, and wisdom, making them able to fight as well as cast spells.

A Magic-user has high intelligence and high dexterity, allowing them to both learn new spells as well as being able to accurately hit a target, respectively.

A Thief has high dexterity, but low strength, allowing them to pick locks and detect traps but not fight well.

Target population:
Adolescents and adults from the developmental age of 12 and up.

Expected results and Troubleshooting:
Clients will hopefully enjoy the introspective opportunity that this provides. While designed to help assess a client’s strengths, this is a subjective measure. Any information provided would likely be insightful even if a client rates themselves as low or average across all areas, the therapist is still given data on how the client views themselves. Enough time should be allowed in the session to complete the activity in full, also allowing extra time for further explanation or clarification. While it would be ideal to begin exploring the meaning of the ratings during the initial session, it can be a starting point for the following session.
Some clients may have difficulty with the concept of splitting the original 30 “stat points” between the 6 Characteristics. In this case, the therapist may opt for a slightly different version. In this version, the therapist will instruct the client to use a 1-10 scale for each of the six Characteristics. They will also choose a Class category, just as in the original version. The therapist may also choose to add an additional column with a slightly different follow-up instruction. First, the therapist would instruct the client to visualize a future ideal version of themselves. The client will then be asked to complete the same categories (the six Characteristics, as well as the Class) using this idea of their “future ideal self.” 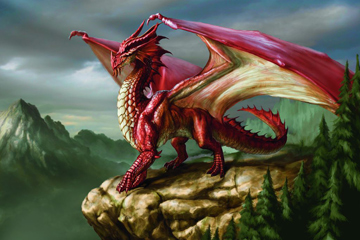 Maybe you've heard whispers of dragons, Dungeon Masters and 20-sided dice, but how much do you really know about the world's most famous role-playing game? Get in character, because we're going on a quest to learn the ABCs of D&D.

Citations
Blackmon, W. D. (1994). Dungeons and dragons: The use of a fantasy game in the psychotherapeutic treatment of a young adult. American Journal Of Psychotherapy , 48 (4), 624-632.
Wright, B., & Lopez, S. (2001). Widening the Diagnostic Focus: A case for including human strengths and environmental resources. In Handbook of Positive Psychology (pp. 26-44). Oxford University Press.